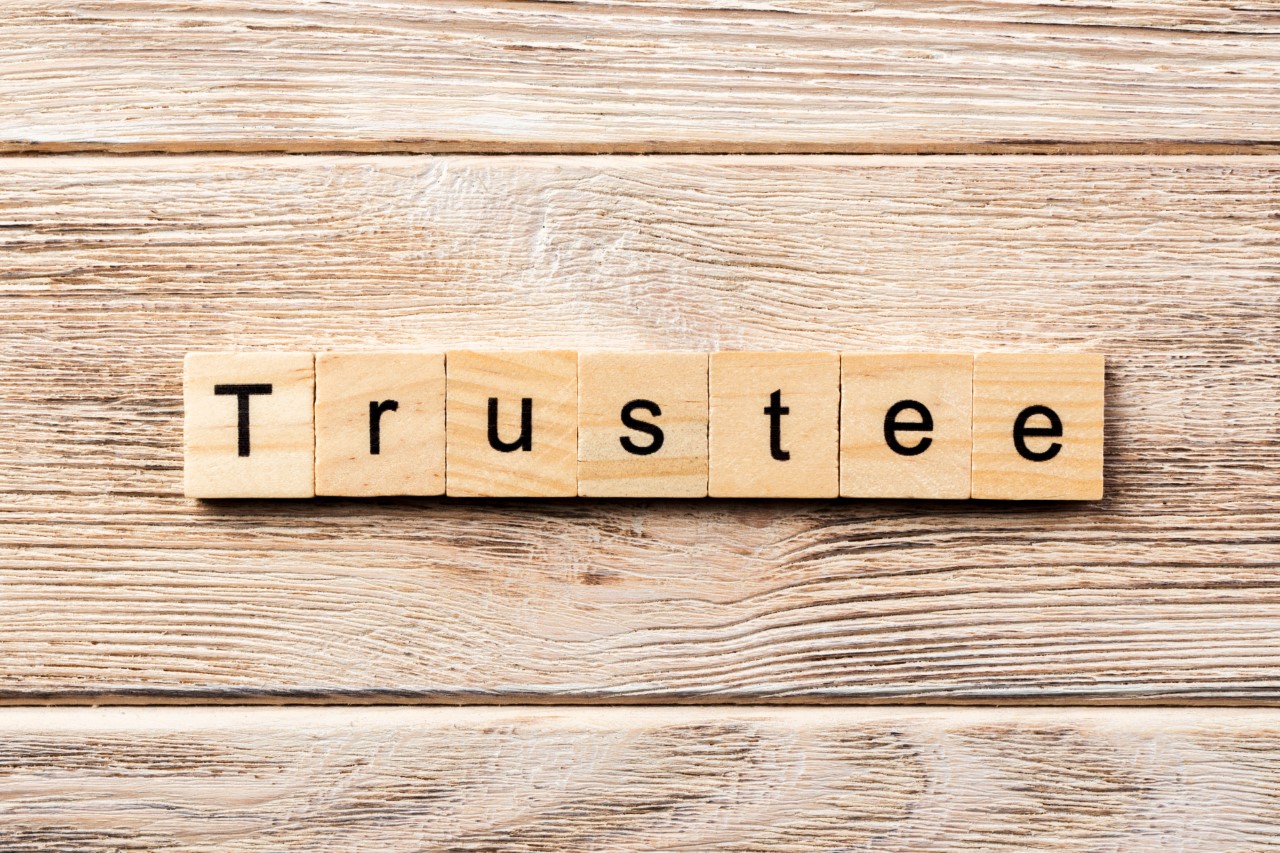 Would you like to become a Trustee for Learning Partnerships? 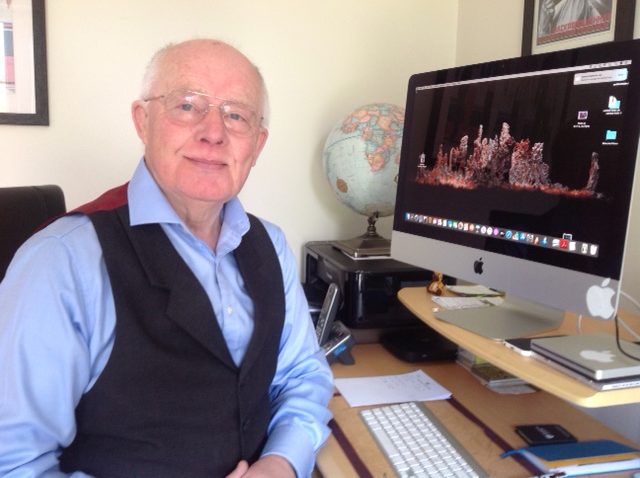 Tom was a councillor for Garforth and Swillington Ward between 1992 – 2013.  He has held various positions on the Council Executive. He has played a part in numerous community groups over the years as a local Governor and Trustee.

He was the Chair of Education and the first Executive Member for Lifelong Learning under a Cabinet administration. He has been President of the European Second Chance movement and the Chair of Thomas Danby College and was involved in the setting up of Leeds City College.

In 2004, Tom joined Learning Partnerships as Chief Executive Officer, he wanted to support the charity in helping the local communities of Leeds by giving them opportunities they may not otherwise have. In May 2013, Tom was appointed as Lord Mayor of Leeds and took a one year sabbatical from the organisation. After an extremely enjoyable but hectic and busy year, Tom agreed to return in the voluntary capacity as Chairman and he was welcomed back officially in October 2014. Tom is also an associate Trustee at The Leeds United Foundation and a Trustee of the Igen Trust. 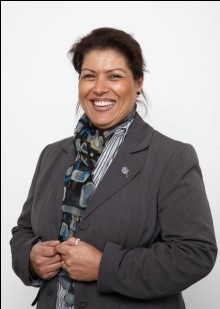 Inder has played a significant role in representing the work of the office at a regional and national level on issues relating to schools, colleges and the wider community.  She represents the university on a wide range of groups such as NEON ’ (The National Education Opportunities Network) Inder also works closely with community groups and regeneration partnerships, these include as a trustee on the Boards  for Learning Partnerships since 2003 and Groundworks(UK) Leeds.

On a voluntary capacity, Inder has chaired the Working Group of The GNNSJ Punjabi School since 1994. Inder still maintains close links with the local community and serves as a member on the network for supplementary schools in Leeds.

Inder joined Learning Partnerships due to the ethos of the organisation, as it empowers young people and the community that need the support to get access to education, training and employment.  Inder has a strong commitment to raising aspirations and achievements of those young people who would not naturally have access to opportunities. 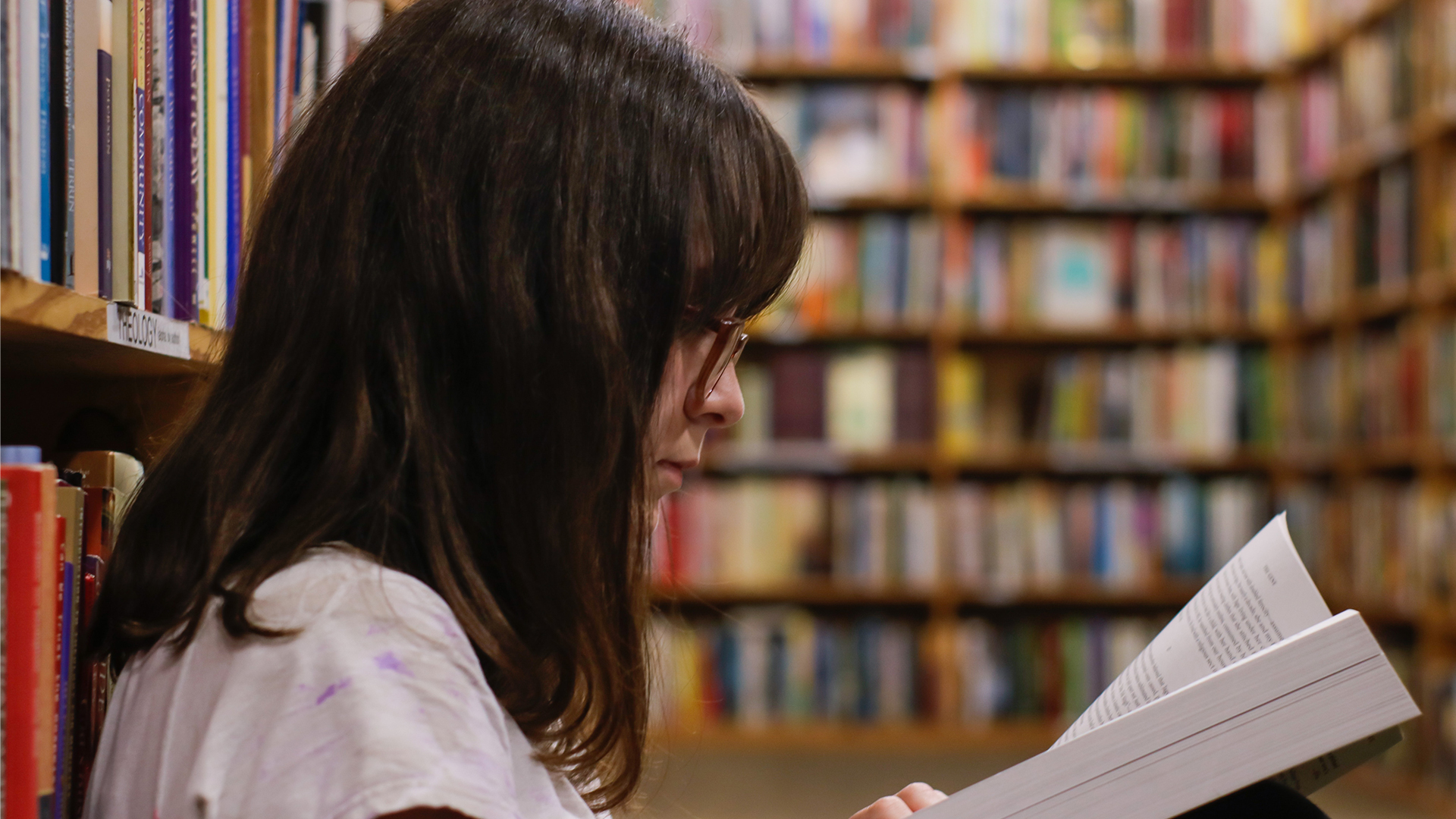 Jeremy joined his family tailoring business in 1976, the largest multiple tailor in the world.  The business supported local charities and Jeremy was involved in the setting up of Education 2000, which later became Learning Partnerships and has been a Trustee since 1996.  The Burton’s site offered office space to the charity and continued to do so until Arcadia took over the group in 1998.

Jeremy was the High Sheriff of West Yorkshire in 2009/10 and is a current Member of High Sheriffs Association Council and the French Honorary Consul in Leeds.  In addition to being a trustee of Learning Partnerships he is also on the board of the Harewood House Trust and Leeds Civic Trust. 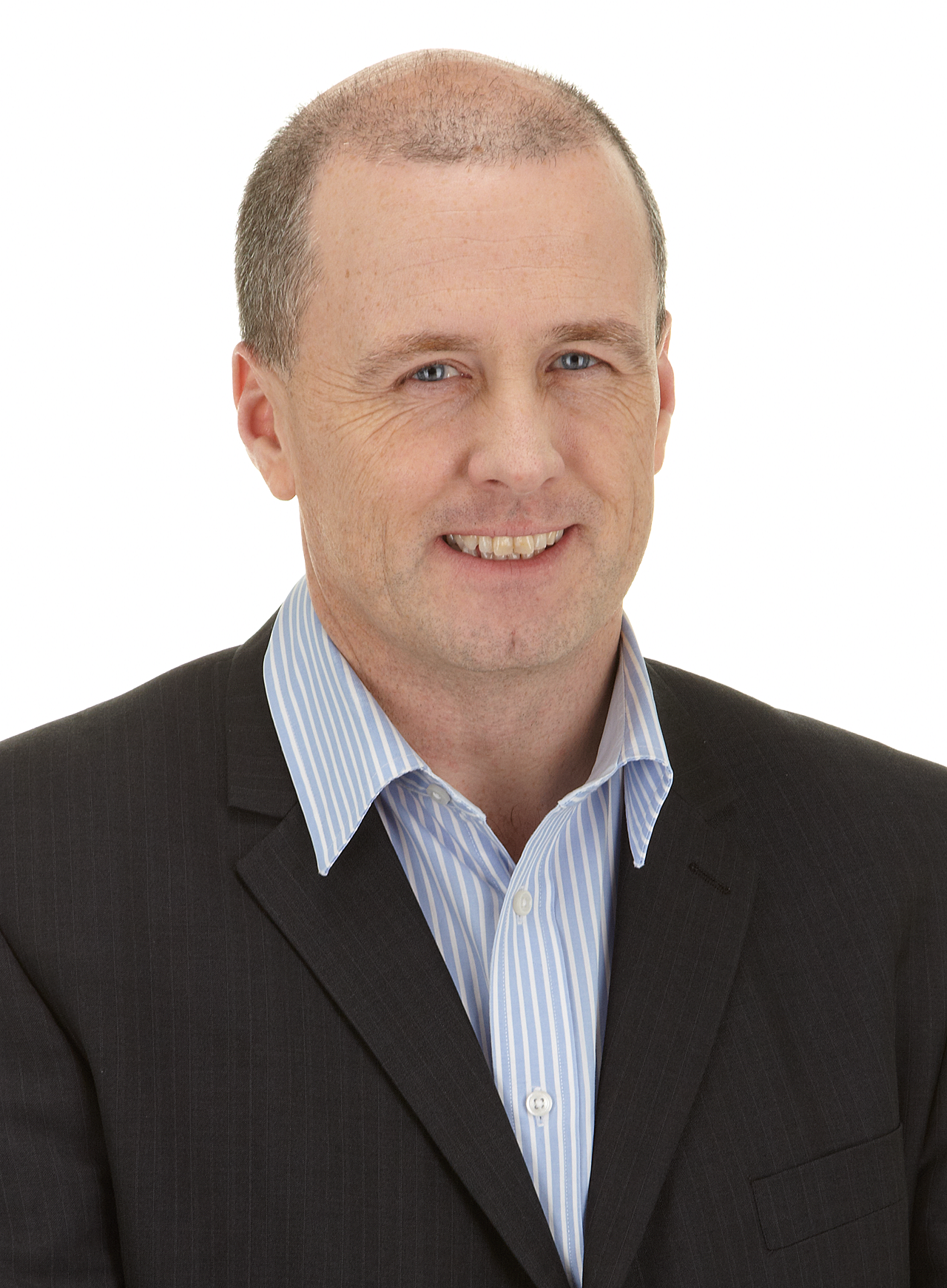 Tony joined the Arcadia Group in 2003 and has held a number of roles within the Group. His current role being to manage the Groups Health, Safety and Risk Engineering Programmes. Tony joined the board of Learning Partnerships in November 2013 and as well as being a keen advocate of continuous learning and development, his team support the charity by ensuring the office and training facilities meet the needs of the employees and learners. 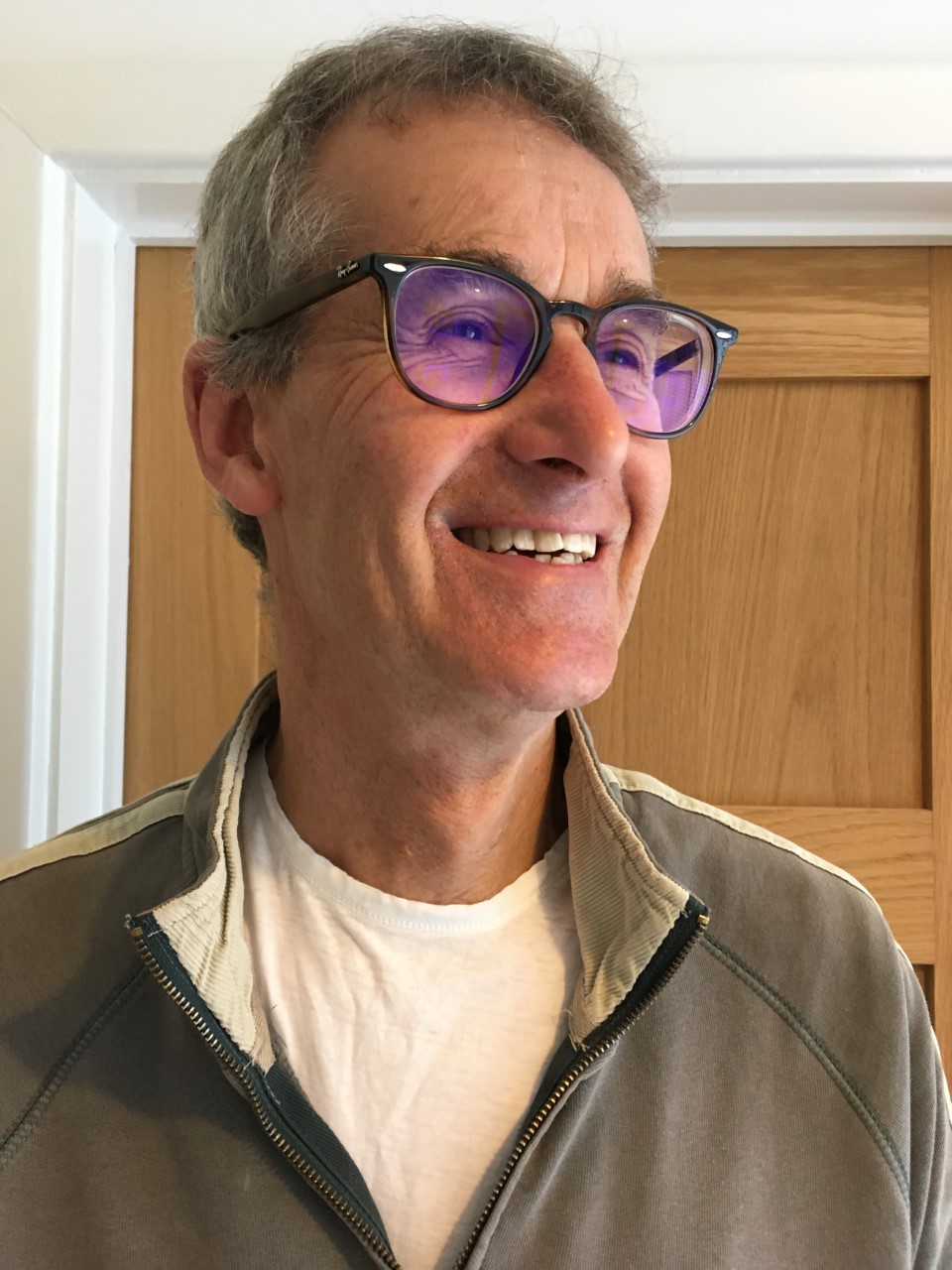 Jon’s involvement with Learning Partnerships and membership of the Board started when was Headteacher of a local secondary school.  At the time he worked with neighbouring primary schools on a range of school programmes which were delivered by Learning Partnerships.  Subsequently he was employed by the Local Education Authority and resigned his position as a Trustee but on his retirement he was invited to re-join the Board.

His interests remain in education and he is also the Chair of Governors of a local Specialist Inclusive Learning Centre.  In addition to this he enjoys gardening and his allotment, walking and spending time with his grandchildren as well as his wider family.

An ex-employee of Learning Partnerships, John joined the charity as a member of the Learning Support Team in 2000, with his latest role, prior to taking redundancy, being a member of the Senior Management Team as Funding Manager.  John left the organisation in June 2012 and returned in a voluntary capacity as a Trustee in October 2013.

John has been a local Councillor and has been involved with local community groups over the years.  In addition to his involvement with Learning Partnerships he is also a committee member of GIPSIL, a local housing charity based in Gipton. 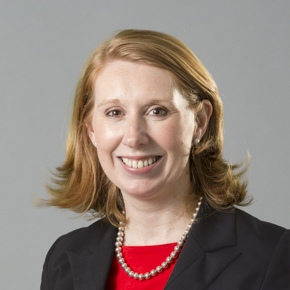 Rebecca has been a solicitor since 2002 and during that time she has worked for a top tier law firm in the City of London, two mid-sized practices in Leeds and has also worked as an in-house lawyer.  Since June 2015 Rebecca has been self-employed and runs her own business providing commercial, IT, IP and data protection legal advice to her clients.  She predominantly does this under the banner of the law firm Gunnercooke, where she is a partner.

Rebecca grew up in Hull and saw first-hand the challenges experienced by many of her peers, many of which came from second and third generation unemployed families.  Rebecca had a hugely supportive family, as well as a brilliant network of friends, teachers and role models.  Rebecca considers her success is largely down to this network of influencers.  Rebecca was drawn to Learning Partnerships as a charity due to her own personal experiences.  She recognizes the huge importance charities such as Learning Partnerships play in helping improve and change the lives of people who through no fault of their own, have ended up in difficult circumstances.   Rebecca supports the board and organisation by advising on legal areas. 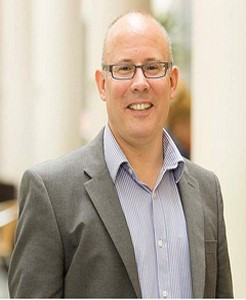 Martin has over 30 years experience in various Financial Accounting roles working for the Government and Private sector and is currently employed as Financial Business Partner for NHS Digital.   He is an ACCA affiliate and currently involved as an SME in the GP IT Futures Programme.

In 2007 Martin co-founded a Yorkshire based EdTech business, which developed over 270 digital learning products and now exports its mobile study software to over 26,000 students in over 133 countries.

Martin is also a business mentor for Virgin StartUp and a Positive Impact Partner, working with many local start-up businesses and community groups in the Leeds region.

Martin served 13 years with the reserve forces (now retired) and was a keen winter sports enthusiast competing at amateur level in downhill racing and skeleton bobsleigh.

< Back to Who We Are